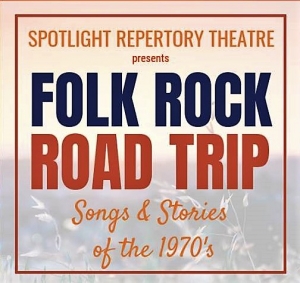 “Folk Rock Road Trip,” by the Spotlight Repertory Theatre, is a Staten Island based revue of classic songs and stories from the halcyon days of the 1970s coming to Amendment 18 on June 28th, 29th, and 30th.

Broadway veteran Phil Hall is the musical director on the project and promises that the revue will showcase fresh and unique versions of ’70s Folk, Pop and Rock classics. The show will celebrate such iconic artists as Joni Mitchell, James Taylor, Carole King, Simon and Garfunkel, Jackson Browne, Bonnie Raitt, Billy Joel, The Eagles, Linda Ronstadt, Carly Simon, and others.

Opening night “Folk Rock Road Trip” audience members are encouraged to assist Project Hospitality by contributing toward the purchase of gas cards to fuel vehicles used by the organization in its mission of helping Staten Islanders who are hungry, homeless or otherwise in need.